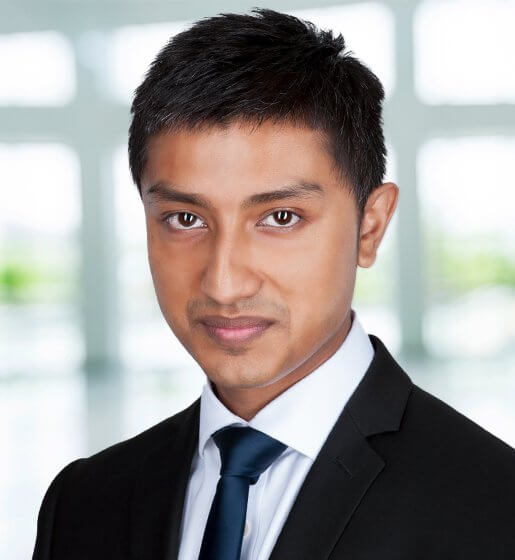 Ruhul is an experienced litigation lawyer, having worked both in private practice in the City as well as in-house for local government. He has conducted many cases in the County and High Courts, some of which have attracted national media attention.

His experience of the wider litigation process means that he is able to manage disputes effectively and provide ‘strategic’ guidance that is sensitive to the commercial needs of a company. He has personally appeared many times before District and Circuit Judges (as well as Masters in the High Court) to present final and interim applications on fast and multi-track cases.

Ruhul Ayazi originally trained as a Barrister, and was called to the Bar of England and Wales in 2001. He subsequently cross-qualified as a Solicitor in 2006.

Ruhul assists international companies on UK immigration issues and helps them navigate the complex rules to achieve their business objectives. He regularly advises/assists clients on the following:

As part of the International Practice Group, Ruhul assists on multi-jurisdictional projects and has dealt with matters in the following countries:

In relation to UK employment law, Ruhul has advised clients in relation to unfair dismissal, discrimination, TUPE and redundancy. He has provided guidance on how to conduct a workplace investigation and has also reviewed contracts/policies to ensure consistency with UK law.

Following the UK’s withdrawal from the European Union and, therefore, the end of free movement, there have been questions as to how and when a postgraduate visa would be available to help international students currently studying in the UK. In September 2019, the UK government announced plans for a post-study work visa for international students as part of a new points-based immigration system.

The United Kingdom is operating a traffic light system for foreign travel, and what passengers must do upon arrival in England depends on where they have been in the 10 days before they arrive.

On 15 February 2021, the UK government imposed stricter requirements on individuals travelling or transiting from any of the 33 countries (‘red list countries’) that have had a travel ban to England applied. Separate advice applies to Scotland, Wales, and Northern Ireland.

What Is the United Kingdom’s ‘Covid Visa Concession Scheme (CVCS)’?

On 11 January 2021, the UK Home Office published guidance on the “Covid Visa Concession Scheme (CVCS).” The scheme applies to individuals who left the United Kingdom before 17 March 2020, with permission to live in the UK, whose visas have since expired whilst they were abroad, and are now unable to return to the UK due to coronavirus travel restrictions. The CVCS allows those individuals to enter the UK to make leave to remain (LTR) or indefinite leave to remain (ILR) applications.

A “frontier worker” is a resident of the European Union, Switzerland, Norway, Iceland, or Liechtenstein, who is employed or self-employed in the United Kingdom.

Please understand that merely contacting us does not create an attorney-client relationship. We cannot become your lawyers or represent you in any way unless (1) we know that doing so would not create a conflict of interest with any of the clients we represent, and (2) satisfactory arrangements have been made with us for representation. Accordingly, please do not send us any information about any matter that may involve you unless we have agreed that we will be your lawyers and represent your interests and you have received a letter from us to that effect (called an engagement letter).

In order to view this item, you will need to subscribe to [source].